A Simple Sock and a Side of Crepes

Compared to last week, these are some underwhelming makes I present to you, but nevertheless they are worthy things (to me at least). 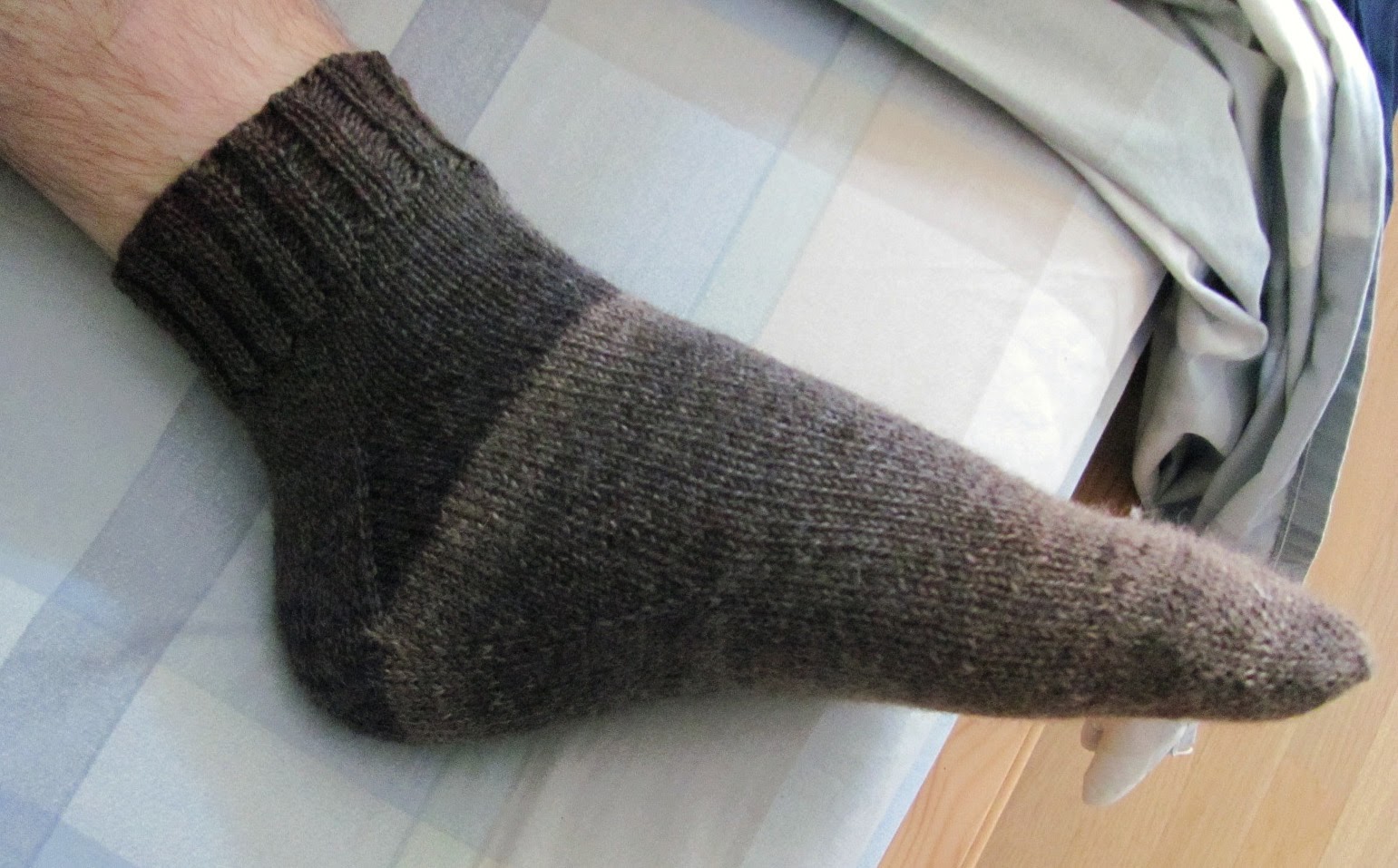 Firstly, a sock.  Yes, a single sock.  Every year I make my husband a single sock, and I use the chance to try out different techniques.  None of the handmade socks I make him match, but he wears them just the same.  This one's a tad bit late, but it was worth it.  He actually said this was his favorite sock ever.  It's a completely bespoke sock!  He actually said, "any new socks you make for me, make them like this one."  This is a first for him, and for me.  Alrighty!  Will do!  He's never actually expressed any opinion about the socks I've made him previously, but he's always worn them.  It's nice to know he liked this one! 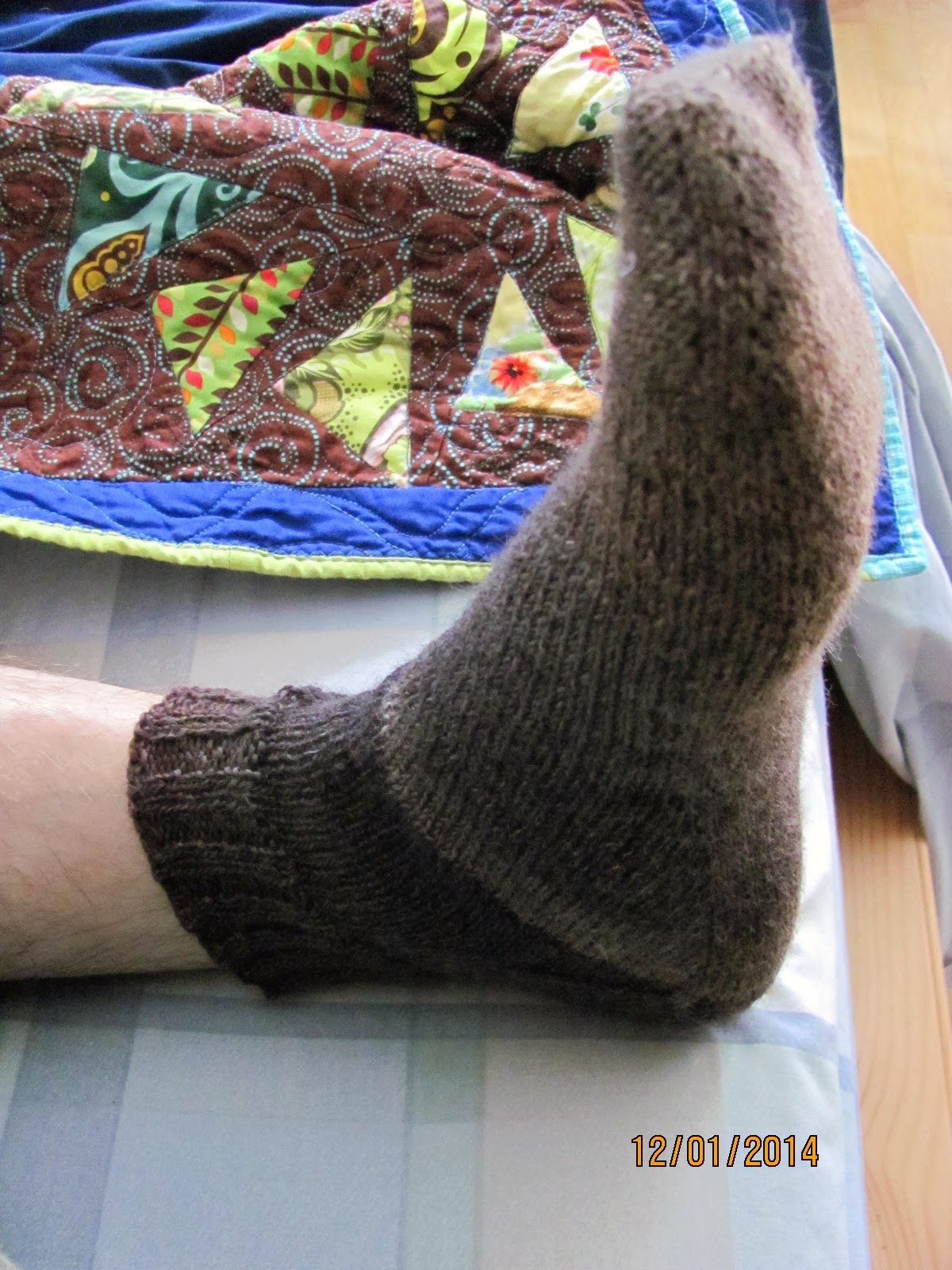 So, how did I make this sock?  It started out easily enough by using a figure 8 toe-up cast-on such as the one in this video here.

Then, after increasing to 64 sts, I knit even in stockinette for several inches.  Next, I increased for the gusset at the instep of the foot (where the arch is), and this is where it got a bit goofy.  I ran out of yarn.  I finished the increases with just enough of the grey-brown yarn, and then picked up where I left off with a dark purple-brown yarn. 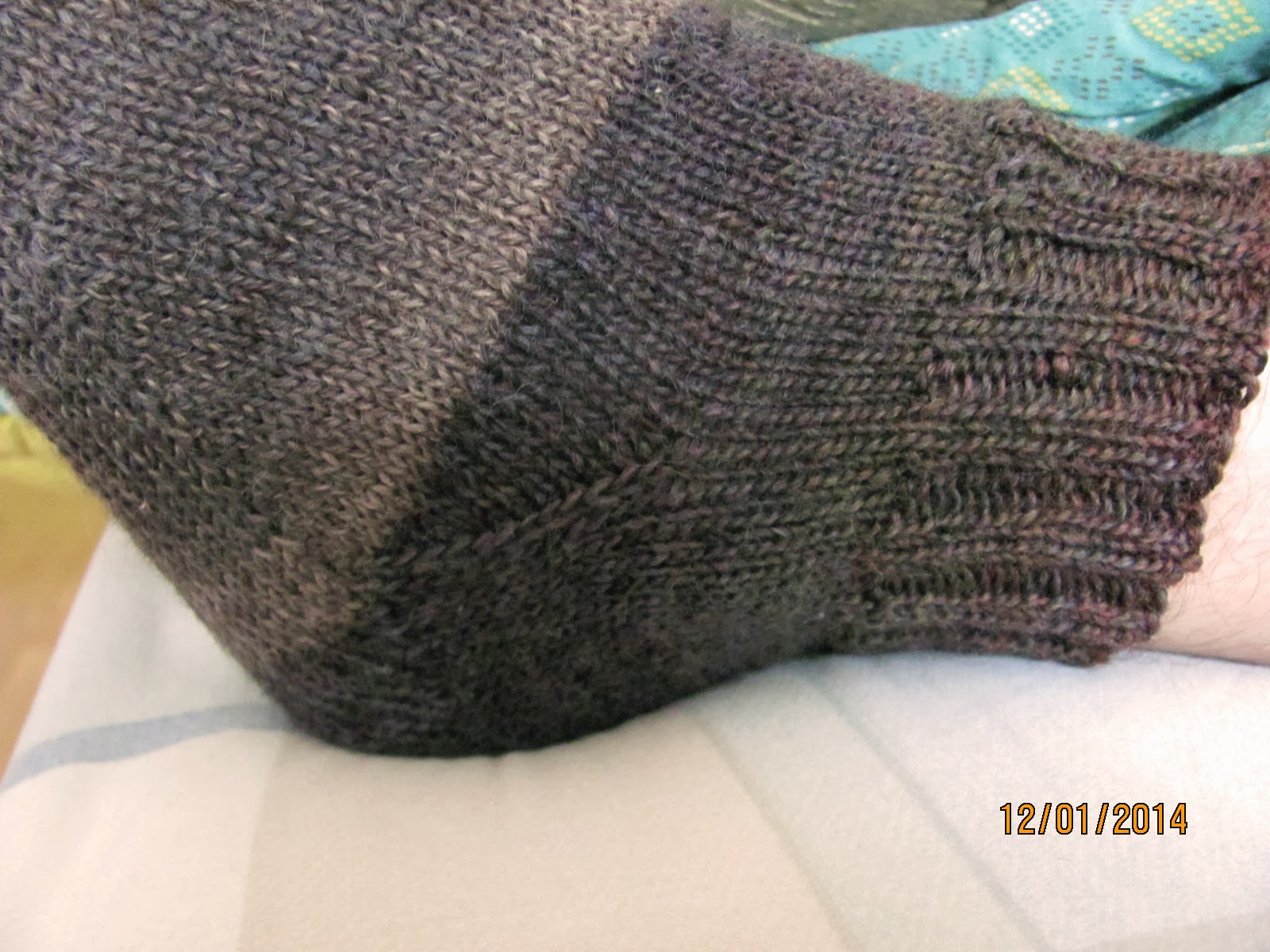 And here it gets even goofier.  I tried out about four different kinds of heels.  Somewhere in the six months I used to complete this project - dropping it for the big projects you saw last week - I made a nubbin at the back heel. This nubbin looks like a nipple, and I still don't know how I did it.  Despite the request for future socks to be identical to this one, I think I will omit it from future versions of the sock.  The last note I made about the heel was that I would next try a short-row heel.  I worked every stitch of the heel in wrap/turn short rows and then picked up all the wraps and decreased all the sole sts.  Then I knit in stockinette followed by a 2x2 rib.  Simple as that!

I will share a refined recipe for the sock if only to clean up my notes and have an exact pattern for me to follow for this year's sock.  You interested?

And now for something completely different...

A Side of Crepes Recipe: