Last weekend was the Stoffmarkt Holland in Freising (the outskirts of Munich).  It's held twice a year and this year the weather held up really well, and there were so many people it was a bit overwhelming.

Twice a year, vendors from the Netherlands, Germany, and Belgium travel around Germany and sell there wares at this market.  This year was no different, although it felt as if the leather vendors had already sold everything but their dregs before they arrived at Freising.  I had a shopping list in mind, and one of the items I had been searching for was a bit of leather to try my hand at making gloves (pun intended).  No luck this time around, but I did come away with some other goodies...

I recently purchased a used Bernina/Bernette 334DS overlocker from the 1980's and I am totally smitten by her hum and love feeding her lots and lots of stretchy jersey and knits.  So, one of my purchases was a bit of really nice jersey knit from the Serukid kiosk.  If you're looking for children's/baby fabric, cottons, terry-cloth, fleece, organic cottons, etc... they have really high-quality stuff there. 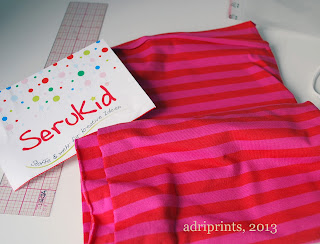 Another difficult-to-find item for which I'm always on the look-out is nice wool fabric.  Once again the market proved a success in finding mill-end wool.  This one is 100% wool fabric in a nice subtle check. 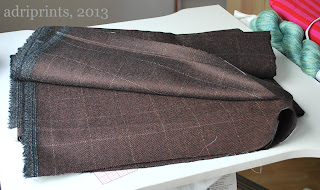 I also found some nice elastics for lingerie and everyday use. 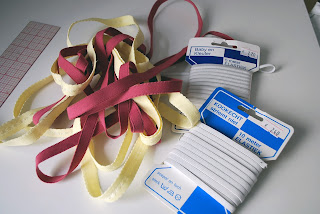 I also found a great deal on pattern-tracing paper in large wide rolls which is great.  This way I don't have to tape together bits and pieces of my tracing paper.  I ran out of drafting vellum on the roll that I had had for nearly 10 years this past fall.  That went a long way!  But, still on my list of things to find are a bit of glove-quality leather and curved rulers bigger than my current little french curve.
In local news, Stoff&Co. recently moved to my neighborhood!  They used to be a bit far away, but now... they're temptingly close. Too close! They stock lots of pretty print fabric including Liberty fabric, and lots of lovely things such as this little sampler packet below: 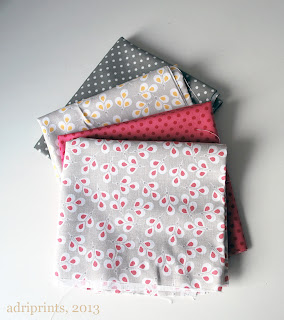 And, now to concentrate my efforts and sew up some of this stuff!

I am going to the stoffmarkt in Belgium this weekend - I am hoping to find some great buys for a few projects I planned!

Good luck! I hope you find some nice things. I would go with a list to keep the pocket-book in check. It can be a very tempting place to go wild.

It's wonderful to have a great fabric shop close by :)