My friends were so generous during my pregnancy.  They gave me so much of their maternity clothes, that I really only had to buy new underwear (when my attempts at making my own fell flat, or to my ankles in this case)...

Either way, one of the most useful items I was given was this pair of trousers that I wore constantly since the middle of my pregnancy.  And, post-partum, I'm still wearing them, but they're getting loose! 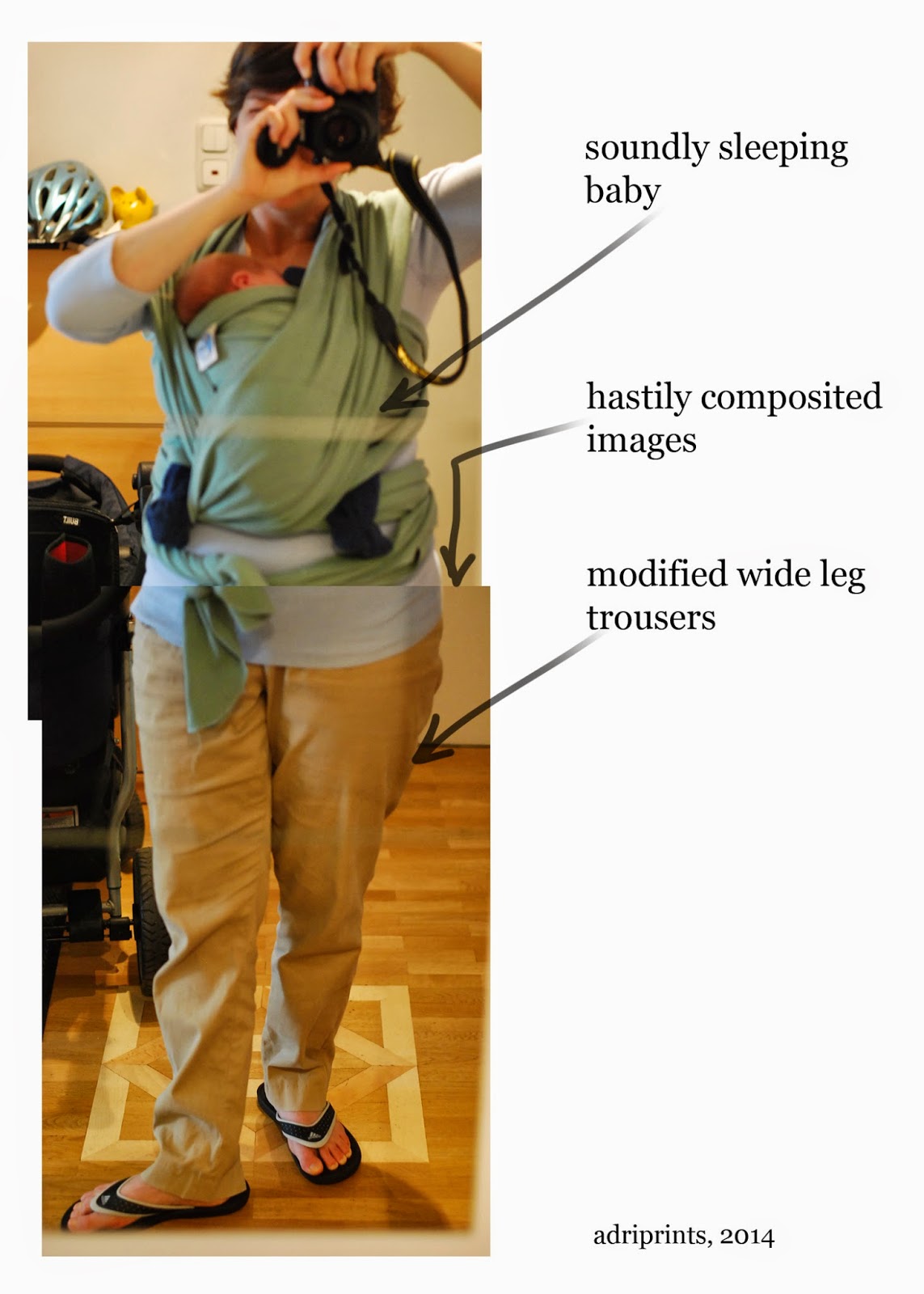 Here's what I did to make them my style:

They started out as these wide-leg Gap trousers which make me look even shorter than I already am.  Too much fabric at the ankles really made me look bottom heavy, and they were really not my style. 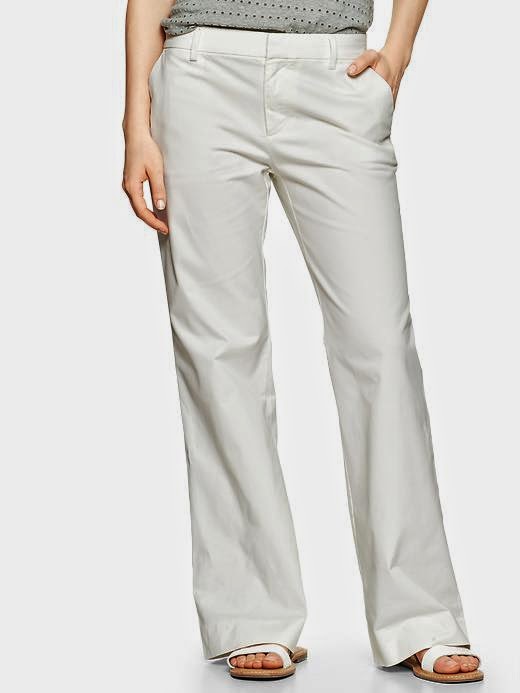 So, I turned the trousers inside out and placed my modified slim-leg Jalie jeans pattern over the trousers. I wrote about that here. The results looked like this if you recall... 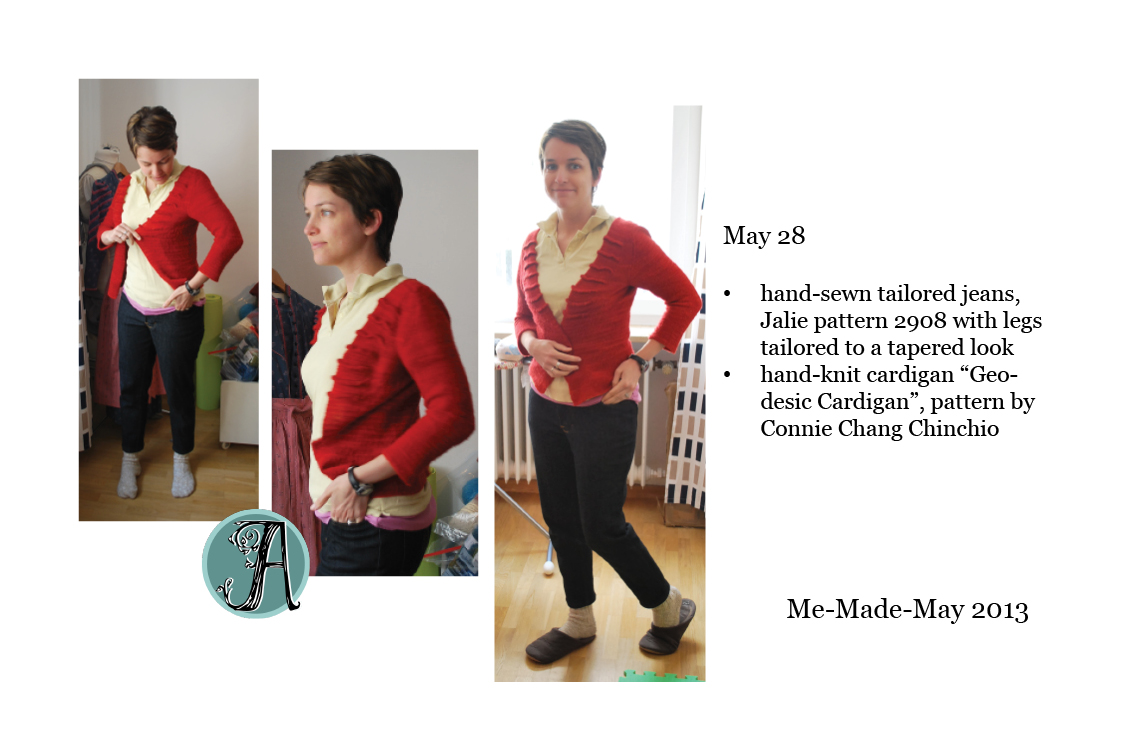 I placed the hand drafted pattern piece over the trousers so the crotch gussets would roughly match, and drew a curve that would ease the new leg design into the already existing style.  I left a lot of ease so the change wouldn't be too dramatic. Here's what they looked like after serging and turning up the hem. 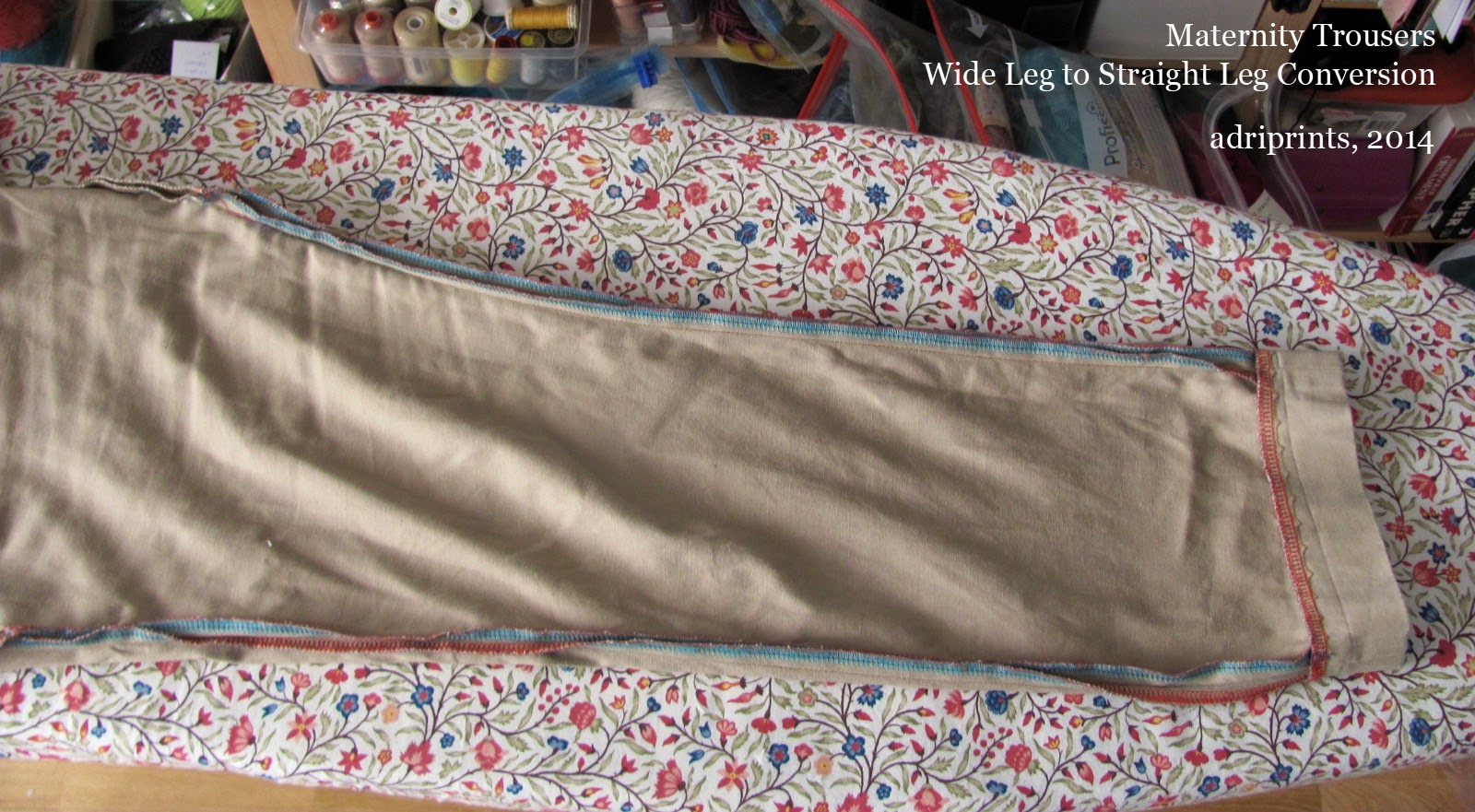 Finished the legs using a blindhem stitch and that was that! 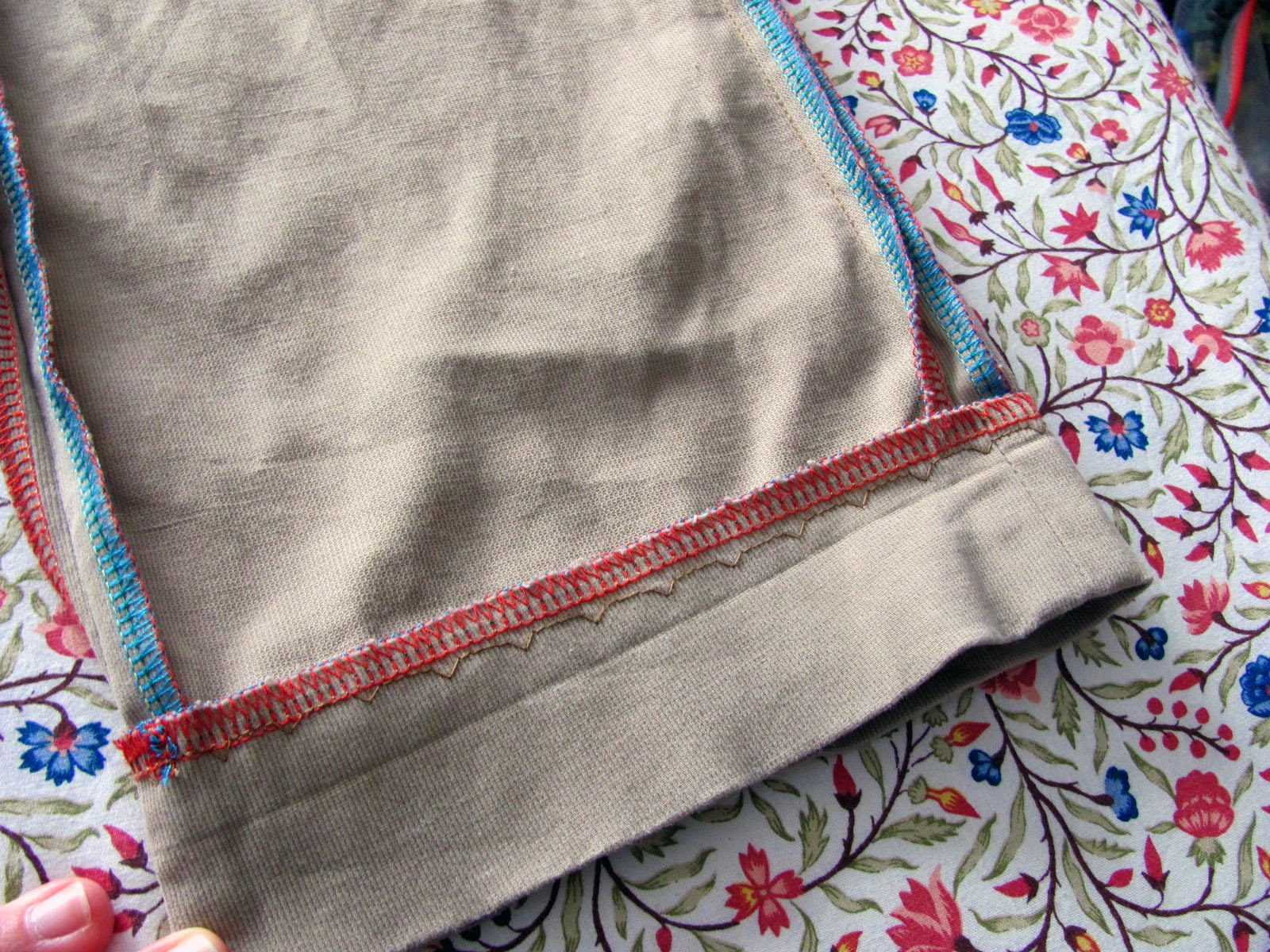 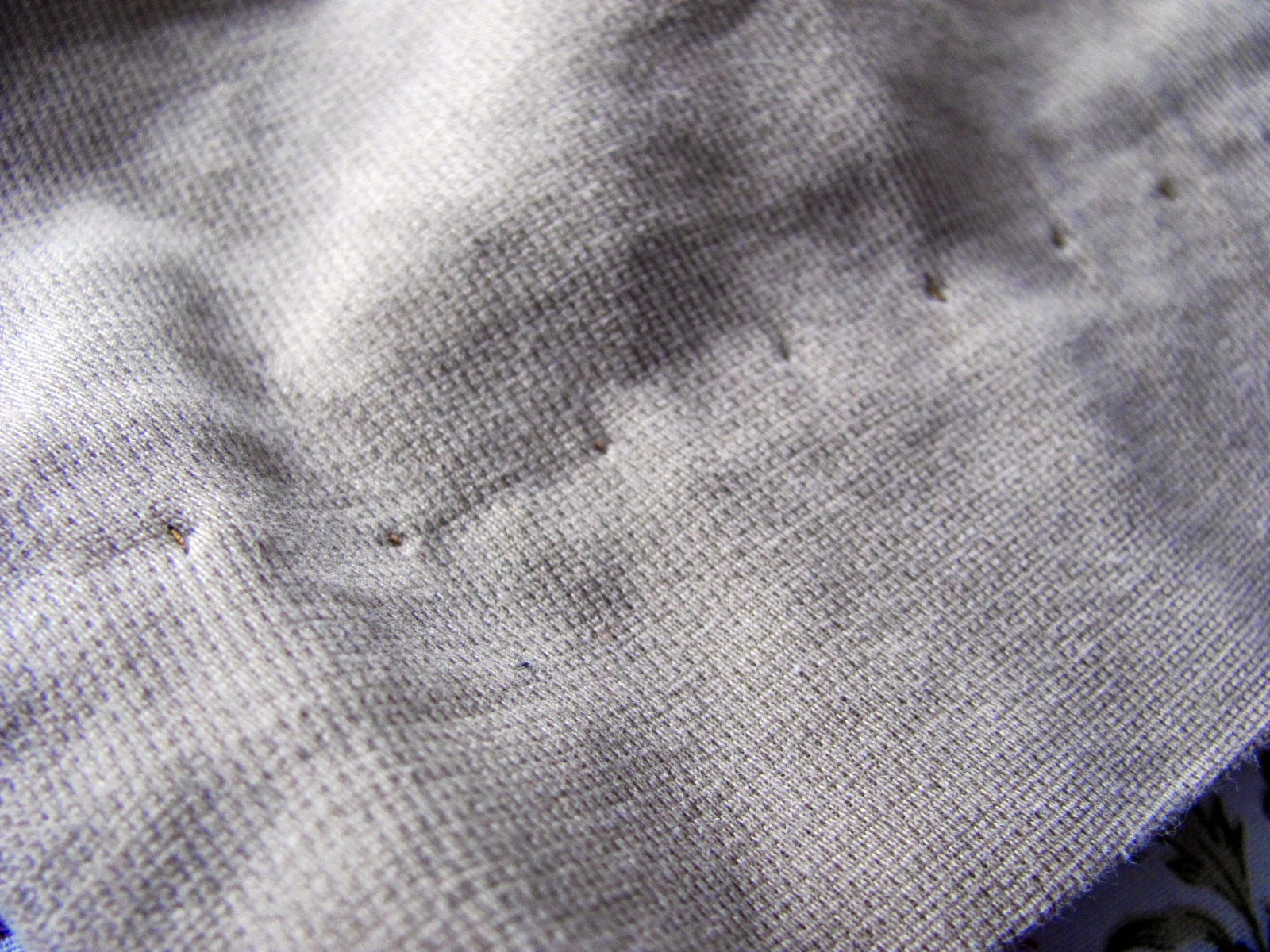 I didn't know there was a specific name for this mod! And, thanks! :)