Sweet Tidings to You! 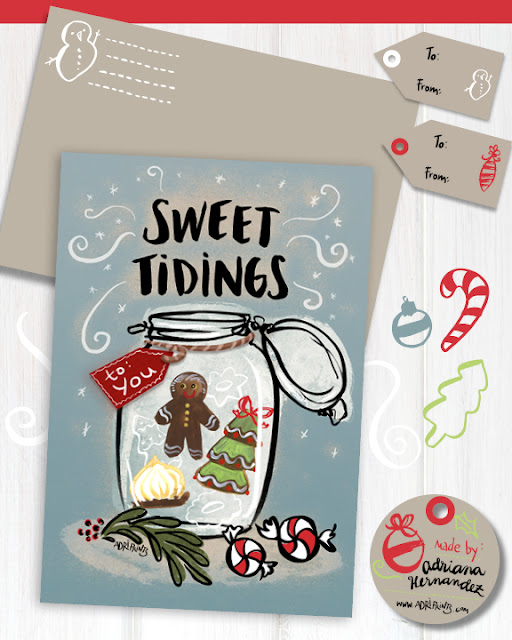 It's only October, but the holiday card making season has just begun.  This week was the first week of MATS B (Make Art That Sells, Part B).  It was a good thing that the course started when it did as I got things somewhat in order and got back into the "making" groove here in our new home.  I set up a workspace on the kitchen table that came in the mail a few days before class began.  We put it together pretty quickly and cardboard boxes became work-space dividers, empty yogurt containers became brush holders, and old palettes from undergrad saved the day! 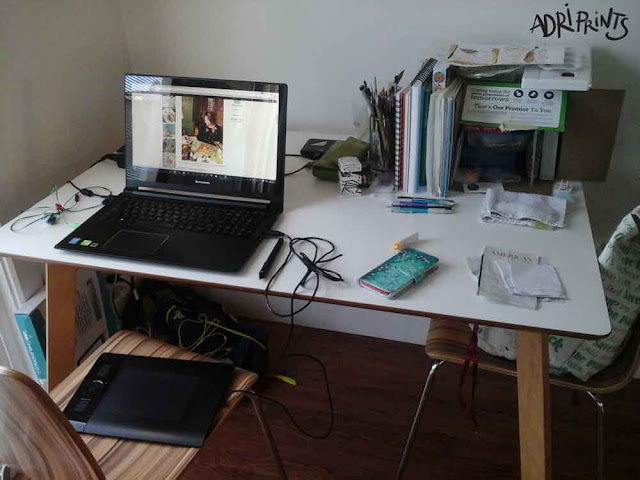 On a side note, though, does anyone else do that?  Do you leave things for your future self just in case x, y, or z happens?  I left a mini travel kit at my mom's house and unearthed a bunch of my tools last year when I visited during the holidays with the baby's first visit to the U.S.  And lucky for me that I did because I had a great little kit waiting for me this time around when I had nothing but my 2 suitcases for the baby and me after the move from Germany!

The first week of MATS focuses on paper (greeting cards in this case).  And our theme was holiday cookies.  I started the mini using my dipping pen and nibs with Windsor & Newton india ink. 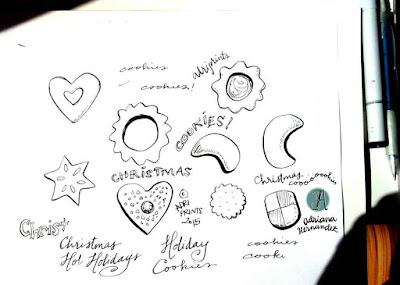 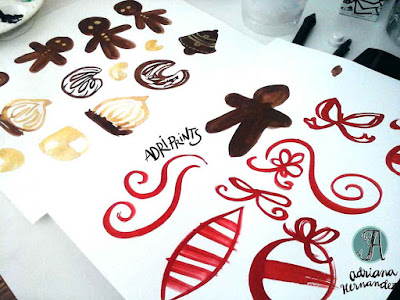 Next I put it together in Photoshop and Illustrator and worked on icon placement... 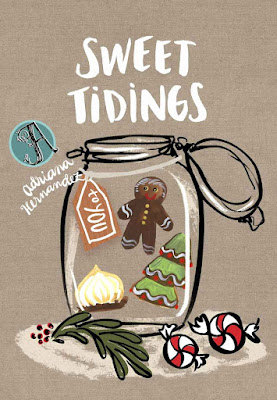 It seemed too brown to read as a holiday card, so I added blue and white to get that winter feeling in there.  Then, I added some extra cookie illustrations within the jar, added texture to a bunch of items (jar, sprig, thread, tag, etc.).  Finally, I put it all together in InDesign and added a few stationery accessories like the gift tags and possible stamps that I thought would work well with the remaining icons.  See the first photo for the final result.
No comments:

We did it!  We made it to California, the baby and I, and all in one piece thankfully!  The first flight was a real doozy with lots of crying, squirming, and screeching, but the second flight went very smoothly.  It's our third day here and we're living amongst cardboard boxes and half-empty rooms, but it's really cozy nonetheless.

Our new place is a cottage.  It's the first time we've lived in a house-type dwelling with a yard as a family.  Before now, we've only ever lived in apartments.  It's very nice having a back yard.  And this yard has a beautiful towering avocado tree that's full of Hass avocados.  There are also a few citrus trees alongside it - one's a blood orange, but I'm not sure of the others... must study them.

Today we received a lighter/smaller kitchen table and chairs than the ones that are coming from Germany and so we finally have a place to sit.  We also had our gas turned on so we can bathe with hot water!  Yay hot water! So, things are looking up. 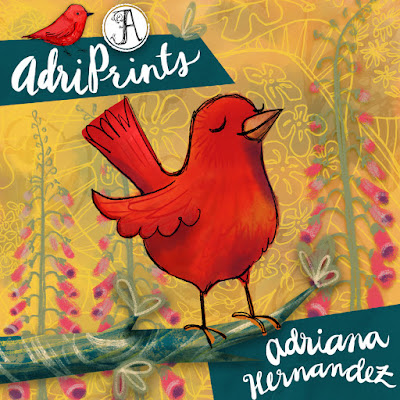 So what's with the rose finch? I've been working really hard on getting my art collective Finch & Foxglove off the ground, and so far we're off to a good start.  There are 8 of us from around the world and we've banded together in order to exhibit as a group at Surtex 2016.  I'm so very excited.  We are very supportive of one another's work, and we also give each other feedback and push our work so that we're showing our best.  It's nice to feel like you're not "going it alone" in the world.

I've uploaded some new work to the Finch & Foxglove site and will be updating my site too!  Here's a sample... 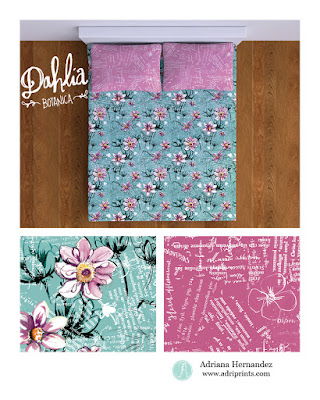